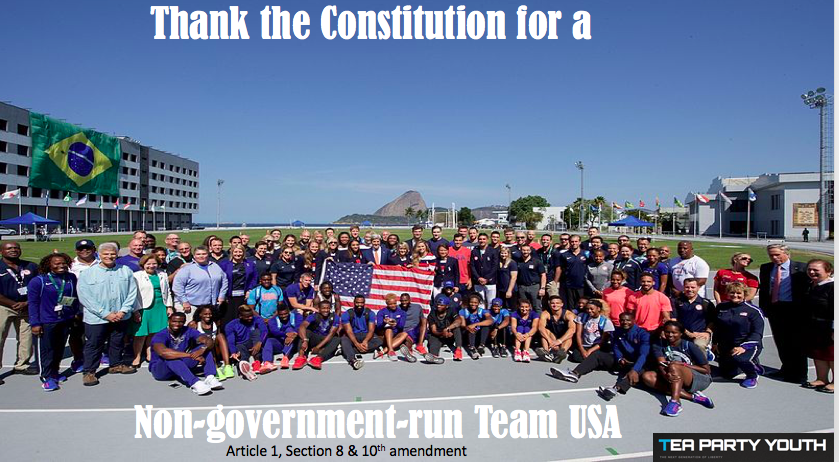 The United States is one of the very few countries whose Olympic team is not government funded. This has both benefits and drawbacks; for the former, presumably individuals with more personal and professional interest in sports than politicians are presumably in charge, and for the latter, less funding. However, our team has been tremendously successful, topping medal counts and dominating many sports without resorting to the brutal recruiting and training tactics of some other nations (eg. China). The reasons behind this difference are likely rooted in Article 1, Section 8 of the Constitution, which limits federal government powers, and the 10th amendment, which assigns powers not given to the federal government to the states and/or individuals.