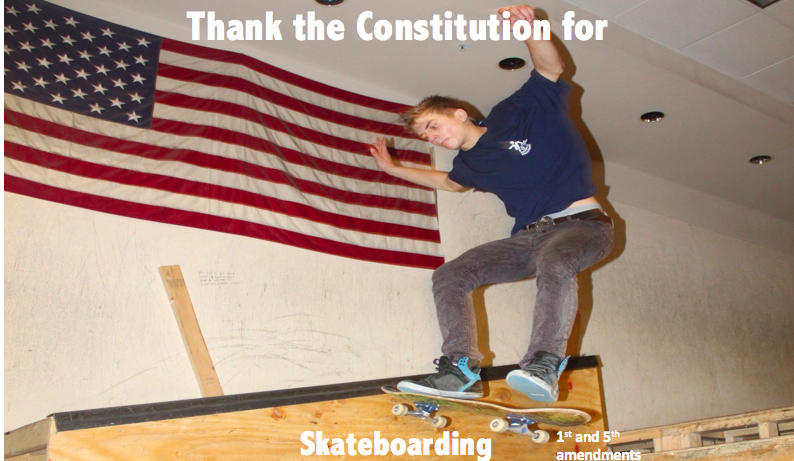 If you haven’t already heard, the International Olympic Committee (IOC) voted to add four new sports to the 2020 Tokyo Olympics: skateboarding, surfing, climbing, and karate. The first has been one of the most controversial as some skaters don’t see skateboarding as being a sport, but rather a form of artistic expression to be done in community, not competition. They also object to having non-skater overlords control their sport, preferring to keep it as “to each skater his own.” Tea Party Youth applauds skate culture’s focus on self-governance, non-conformity, DIY, and freedom. But we would like to remind skaters that their art has been stifled in other countries, like Norway, and that their God-given right to make a video of your Christ Air is protected under the First Amendment and the right to stick up for yourself when a cop accuses you of vandalism for skating is protected under the Fifth Amendment. However, next time, please just say no to sketchy spots and use your First Amendment right to petition for a skatepark.