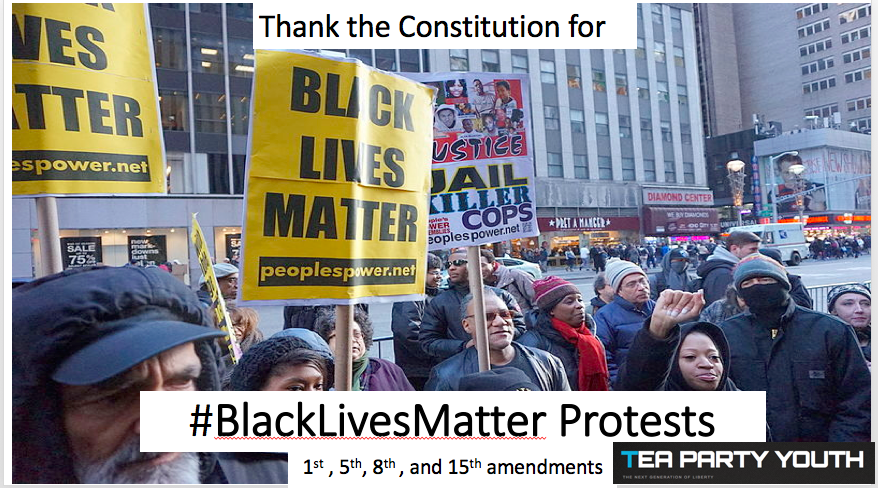 The rise of protests over police brutality and injustices in our criminal justice system is undeniable. But the mere existence of this movement is predicated upon protections found in our constitution, namely the 1st amendment right to free expression, the 5th amendment right to due process when charged with a crime, and the 8th amendment right against cruel and unusual punishment, not to mention the 15th amendment, designed specifically to prevent discrimination against minorities. As a result of the public pressure arising from #BlackLivesMatter, President Obama, along with countless government officials from both sides of the aisle have responded to the protests and put forth their plans of action.  In contrast, in Egypt, one of the countries where the Arab Spring protests occurred, the Internet was shut off in order to silence protesters.
Thank the Constitution for a non-government-run Team USA The Constitution Is Not Outdated