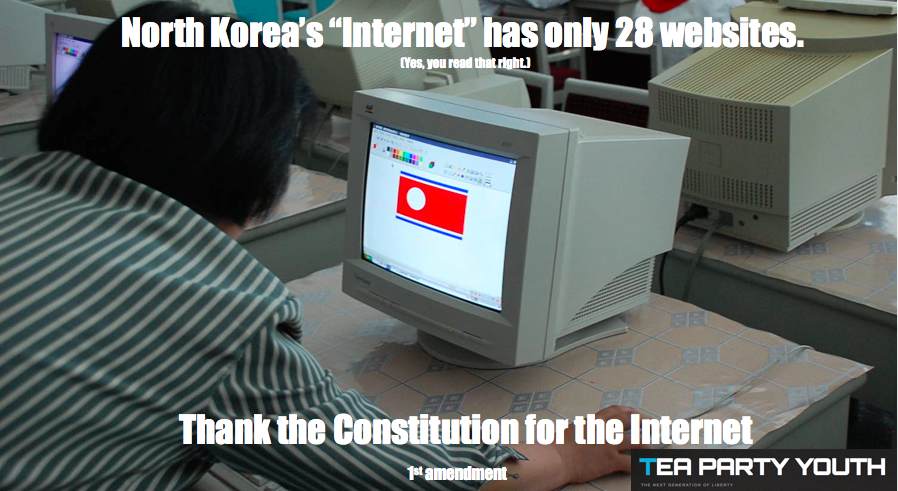 An issue with the configuration of North Korea’s Internet name server, which contains information about websites hosted in the country, allowed researcher Matthew Bryant to discover that there were a total of only 28 websites available to citizens of the totalitarian, communist nation. Compare that with the over one billion websites on the Internet accessible to those in the United States and other countries that do not employ restrictive blocking. Access to unrestricted information online is critical to maintaining citizens’ freedom of expression and their ability to be informed on and involved in key issues of public interest. This is precisely why tyrannical governments looking to suppress dissent place restrictions on Internet access for their citizens.
Though modern technologies like the Internet could not have possibly been imagined by the Founders, the 1st Amendment includes robust protections of freedom of speech and of the press that have endured to keep the Internet relatively free from government intervention here and allow greater access to information abroad. #ThankTheConstitution for the Internet.

The Constitution Is Not Outdated